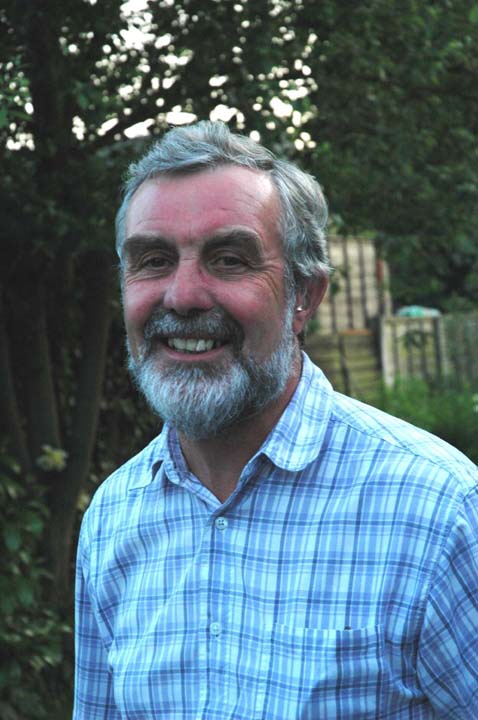 I worked in the Nuclear Power industry as a mechanical engineer from 1964 to 1993, firstly at Whetstone, Leics, and from 1986 at Knutsford, Cheshire. I took early retirement in 1993 due to a major reorganisation in the nuclear industry. I was diagnosed with prostate cancer in late 2000, and subsequently underwent radiotherapy treatment at Christies Hospital in Manchester in early 2001. Around that time I joined the North of England Prostate Cancer Support group based in Cheadle Hulme and gained so much assurance about my condition and optimism for the future from their meetings. I relocated back to Leicestershire in 2004 with my wife, Sheila, to be nearer our families, and became a member of PCSA (CE). I became a trustee and group Treasurer in 2005, and have played an active role in setting up our Awareness Events. I became Chairman of the Association in 2014. Sheila and I are active supporters of Guide Dogs For the Blind, initially as Puppy Walkers, and currently as Boarders.

We are delighted to be able to resport that we had two very successful events. The First one on September 18th, with the Rokeby Lions in Rugby. We tested 184 men. On October 2nd at St Finbarrs we tested 142 men. On both events we used the GF online booking system, unassisted and they ran smoothly with minimal queuing. See Coming Events for more detail.