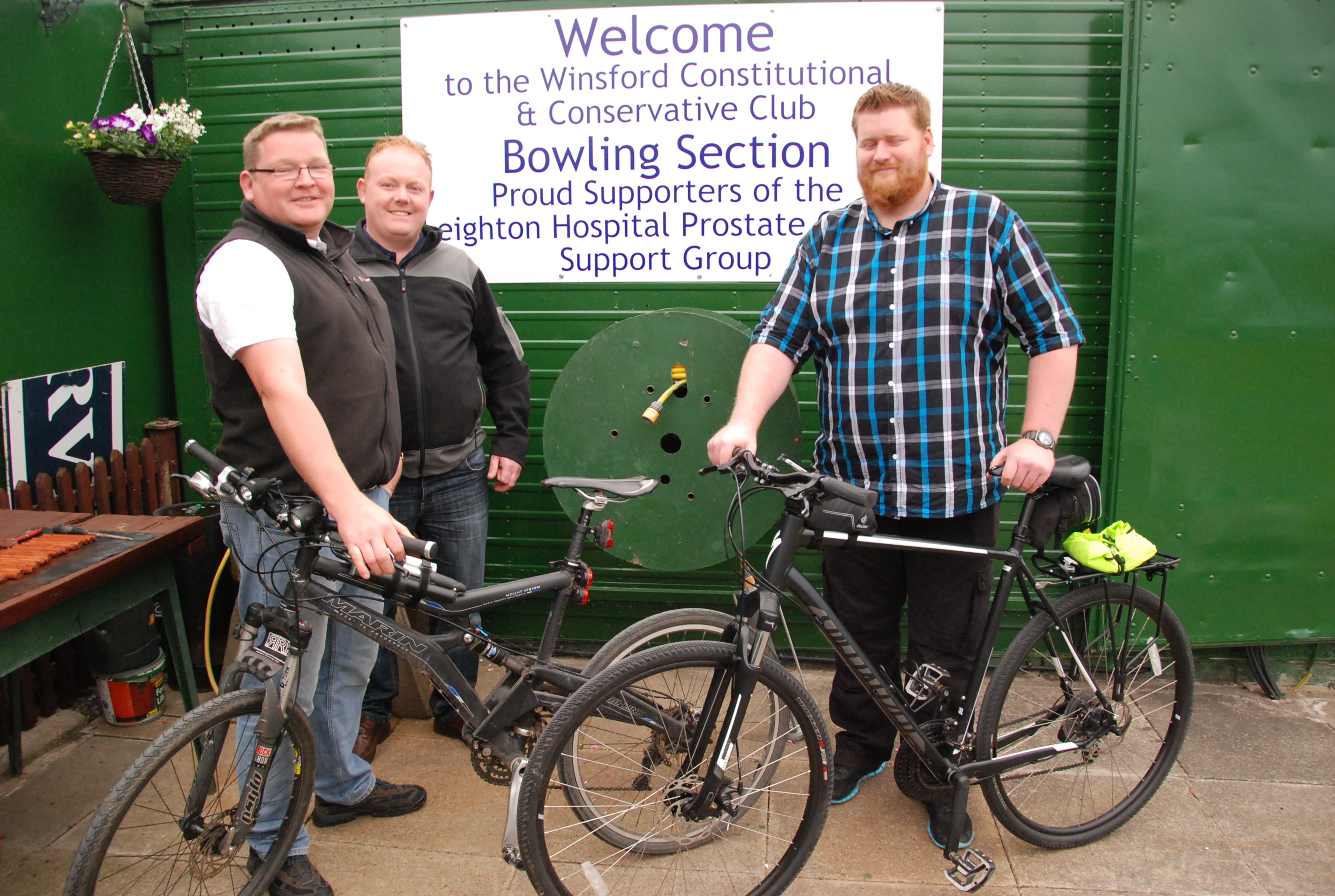 David Scanlon, Nicholas Dean and Roy Pennington completed their circular bike ride around the canal towpaths of the North West, taking in the well-known 97 mile 'Cheshire Ring' which, if you travel by boat, will require working through 92 locks on your way.

David, Nicholas and Roy cycled the route, almost 270 miles long, on pushbikes over the last week of June and have now collected all their sponsorship money.

The great news is that the ride has raised a grand total of £2,407 for the Leighton Hospital Prostate Cancer Support Group and Awareness Campaign. That's almost £9 per mile cycled. What a fantastic effort !

Chairman Gary Steele thanked the boys for their efforts at the end of the 8th ride - all of which have raised funds for the Group.